Nortel Networks Corp. sought protection from creditors in the U.S. and Canada, falling victim to the economic downturn and years of struggle to turn around what was once Canada's largest company.
The Chapter 11 filing further weakened the ranks of major telecom-equipment makers and sent chills through suppliers already coping with declining sales of network gear and handsets. Phone carriers more than ever are seeking suppliers with good products and better balance sheets.
To read the complete article visit: http://online.wsj.com/article/SB123193994047481129.html?mod=special_page_campaign2008_mostpop
Email ThisBlogThis!Share to TwitterShare to FacebookShare to Pinterest

What is a Point-to-Point (P2P)

Point-to-point is sometimes referred to as P2P, or Pt2Pt, or variations of this. Among other things, P2P also refers to peer-to-peer file sharing networks.

A basic point-to-point data link:
A traditional point-to-point data link is a communications medium with exactly two endpoints and no data or packet formatting. The host computers at either end had to take full responsibility for formatting the data transmitted between them. The connection between the computer and the communications medium was generally implemented through an RS-232 interface, or something similar. Computers in close proximity may be connected by wires directly between their interface cards.

With that said, a point to point is generally used for transferring data files from one companies location to another. Another and possibly a more popular use is to connect the telecommunications of one office's location to another. P2P's allow long distance offices to directly connect without incurring long distance phone charges. They allow 2 locations to share the same phone system, internet pipe and file servers.
Generally, the farther the 2 end points are apart, the more costly the P2P becomes.
Today, many P2P networks are being replaced by MPLS. MPLS costs start to become justified when 3 or more locations are connect via P2P's and additional services are needed by an organization. P2P networks are typically not "managed" by the teleco, MPLS networks are preferred to be "managed" giving the network 24x7 monitoring by the teleco provider.
Email ThisBlogThis!Share to TwitterShare to FacebookShare to Pinterest

US Signal, one of the regions top data providers has extended their $299.00 MANAGED T1 promotion until March 31st.

US Signal is the premier telecommunications infrastructure provider of network services, IP transport and colocation facilities in the Midwest.

The US Signal debt-free, fiber optic network is one of the largest, fully deployed networks in the Midwest, covering Illinois, Indiana, Michigan, Ohio and Wisconsin. With nearly 4,000 miles of lit fiber and 14 metro rings in strategic tier-one, tier-two and tier-three markets, the US Signal optical backbone features Cisco Systems Dense Wave Division Multiplexing (DWDM) technology and is designed with a SONET, redundant architecture. All of US Signal’s services are delivered over this protected network to ensure resiliency, flexibility and scalability. Their around-the-clock surveillance also provides additional security and confidence. US Signal’s performance guarantee ensures quality service and dependable issue resolution to protect your profitability and vital customer relationships.

Ring2 Communications offers a range of audio and web conferencing tools at very reasonable rates. Their core business is reservationless audio conferencing. They have a cool feature called "controls tools" that can be accessed from the web or a Smartphone such as a BlackBerry or Windows Mobile.
Their latest release offers the ability to "blast" a call out to a list of participants with one click. This is great for emergency type calls or even for higher efficiency on everyday calls with a set group of people.
I have attached a few PDF's and anyone interested in learning more about our services can contact me at (608) 516-8396.
PDF #1: Audio conferencing
PDF #2: Web Control
PDF #3: User Guide
Email ThisBlogThis!Share to TwitterShare to FacebookShare to Pinterest

Norlight Inc has extended their December promotion of One Free Month with the purchase of the Q-Link Plus (Dynamic PRI) & VBX Services. Due to the successful holiday season, Norlight would like to continue the momentum of the promotion.

Any orders submitted before January 31st will receive One Free Month of MRC's on their first invoice. 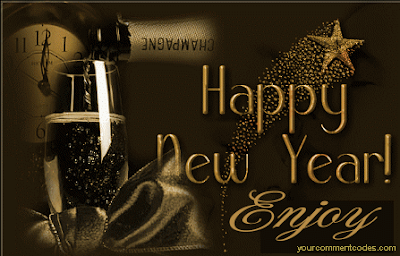 Here's to a successful and rewarding 2009!
Email ThisBlogThis!Share to TwitterShare to FacebookShare to Pinterest
Newer Posts Older Posts Home
Subscribe to: Posts (Atom)

Creative Carrier Solutions (creative) is a national network of technology professionals positioned to provide the most comprehensive solution for your technology needs anywhere in the United States. "creative" works with over 20 vendors to bring you the most advanced technology offerings today.